Written by Gerry Farrell and starring Michael Roper and the author. Following on its successful tour at the beginning of the year, Splódar brings this intriguing work to Belfast, Derry and Sligo.

The First Protestant: A Play for our time.

When playwright and actor Gerry Farrell thought about writing a play he did what many playwrights do, drew from his own personal experience. A psychotherapist for the last 41 years, he also holds a deep love of the arts. Passionate too about history his head is often found head down devouring historical biographies. It was here he was to renew an acquaintance with the formidable and some might say controversial historical figure, Martin Luther, resulting in the birth of “The Good Protestant”. Luther made a stand against the Christian church of the time, an overwhelmingly powerful institution, which forced the split we see today.
It was a play in many ways desperate to come out. Fascinated by the man, Farrell caught the bug and was to read every pamphlet that Luther wrote. He was well and truly hooked.
This was in spite of himself and the memory of those voices that he heard from the brothers in his old De La Salle School to his 9-year-old self as he recalls what he was told. “ If I went into a Protestant Church I was going to hell!” he laughs.

But decades on, it was to turn out to be worth the potential wrath of the brothers. His play “The First Protestant” on its last outing gained standing ovations and hugely positive feedback.  So much so that Splodar theatre who produce the play has decided to bring it back on the road playing locally including Sligo before taking it to Dublin next year.
Farrell says that people with moral courage have always intrigued him.
“There are people throughout history who actually believe in the truth and put their lives on the line for that truth” There’s a glimpse of that courage perhaps in some of the whistle blowers of today he believes.
The success of the play for many is Farrell’s unique interpretation of Luther feeding from his work as a psychotherapist.
What kind of man goes up against such odds?  “Was he saintly or psychotic?”  He adds. “What would it be like if Martin Luther came into me and said I have awful anxiety” says Farrell.

The play, which opens in Coolera on September 22nd. develops the story of Luther through a psychological dual between the pious monk Martin Luther and the atheist “Analyst” who is loosely based on Freud. Luther’s life both the man and the psychoanalytical process and some may say its willingness to label is up for inspection. Luther had rebelled before against his father who wished him to marry, turning his back instead to become a monk. Had he a “father” and later maybe a ‘martyr ‘complex? There is humour and much of that comes from the contrasting styles and banter between the two men. So too there is a development of the characters throughout the play and their power differential. “That’s the stuff of drama!” laughs Farrell.

For whatever reason, Luther was driven to rebel against what he saw as the bad practices of the church. He led opposition to the selling of indulgences to the poor, a practice some would say was exploiting a poorer congregation to feel they could buy their and their families way from purgatory into heaven, but was no more than a tax that helped fund the extravagant wealth of the church. “Luther spoke up and said it was wrong,” says Farrell.   He advocated that “Faith alone” was the pathway to heaven not indulgences. But this was such a radical position, Luther risked bringing down not just the church but also the status quo and Pope Leo X plans to rebuild St Peters, financed through the sale of and those same indulgences.
“He saw abuses and he wasn’t going to stay quiet,” says Farrell.

If this sounds familiar, it is that the play illuminates and strikes a deep chord with rich parallels drawn from the 16th Century resonating to today.
“The church was more interested in itself as an institution rather than the truth and what its primary function was, and the Christian message.” Says Farrell. Food for thought indeed.
It’s not surprising that the play has been referred to as a “play for our times”.
The similarity between the time of Luther and twenty first century Europe doesn’t stop there.  Luther was able to rouse and mobilise aided by the printing press which revolutionised the speed of communication and the culture of pamphlets where literally anyone could publish an opinion, the Internet and social media of their day.  So too there was a banking collapse, not unlike our recent one. German Banks insisted on getting their money back from what they lent to the church diocese. Funds that could no longer be raised from indulgences went instead to rents, causing brutal austerity for peasants and social unrest. They had the Holy Roman Empire.  Today, we have the EU based on the treaty of Rome.  There was a fear of the Holy Roman Empire breaking up. We have the threat of Brexit.  Europe of the sixteenth century had a huge fear too of an Ottoman Empire determined to spread a radical Islam through Jihad.  Similar too to today with“ a fear of Islamic State with its brand of Radical Islam and its terrorist Jihad” says Farrell.

Is he looking forward to getting out of the road with it?  It’s obvious that Farrell is delighted that his writing and history can make an impact in everyday life. He recalls warmly how on his last outing he was stopped on the street by a local shop keeper opposite the theatre who was keen to share with him how “No play that she saw had roused so much discussion for weeks in the butchers “ 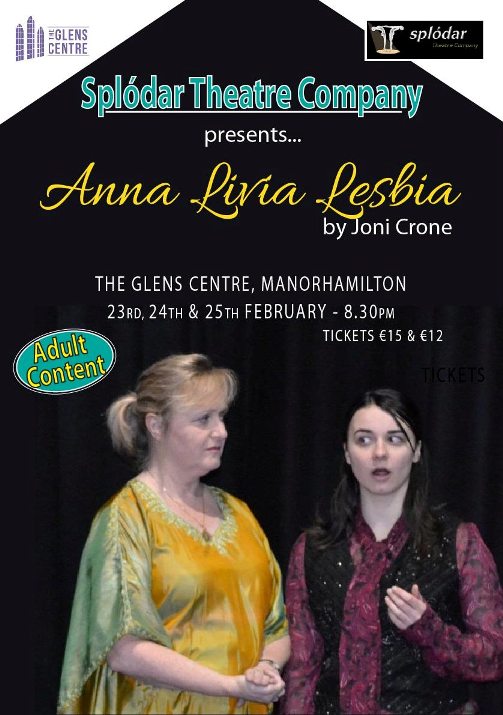 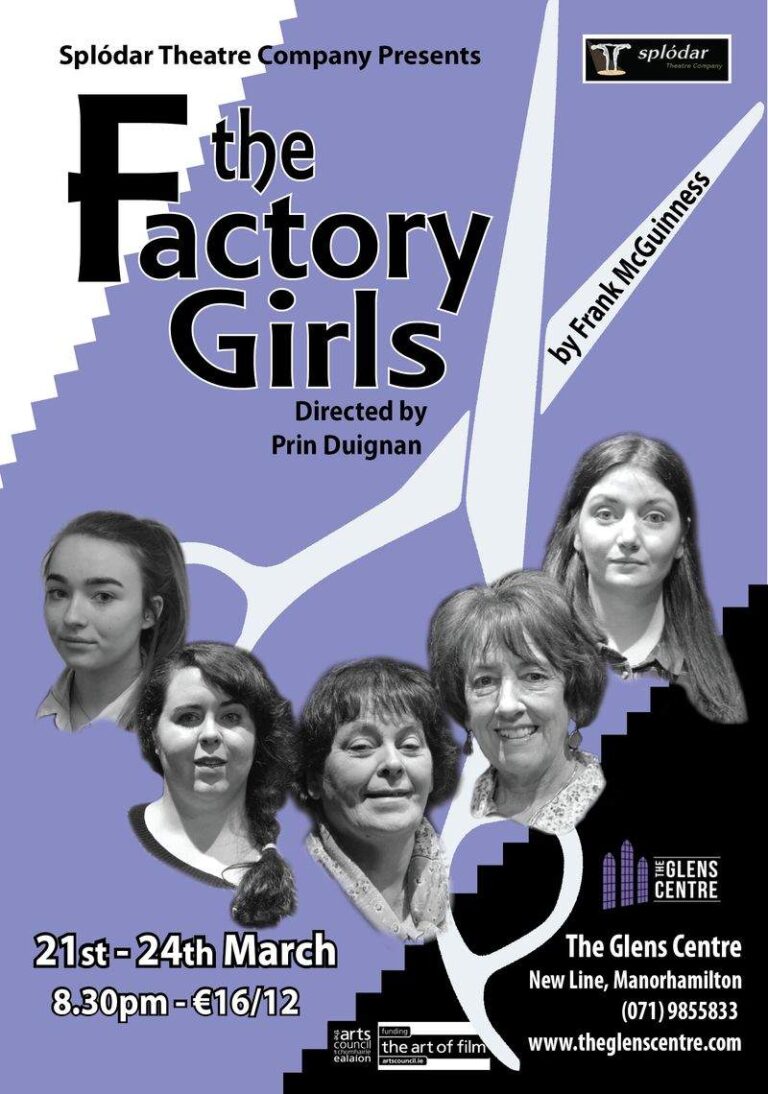 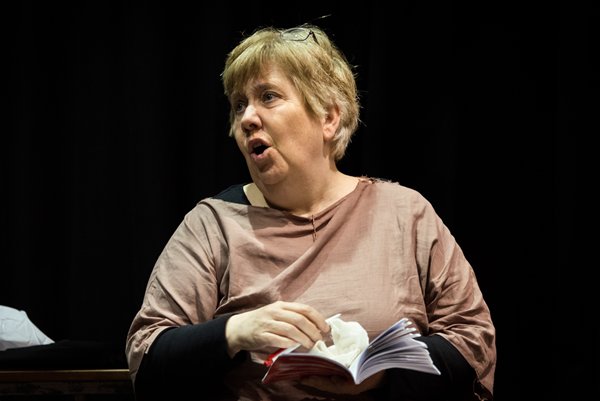 Following a sell out run in Spring, Eclipsed is back at the Glens Centre, Manorhamilton for a three-night run.
Dates: 26, 27, 28 November 2019